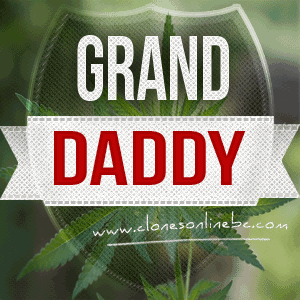 GDP is one of those strains that tons of people know due to the movies and such. Whenever you hear the term “Grand Daddy Purp” you’re automatically going to think of some really great marijuana, and the 806 online reviews that claim the strain is as potent as it is famous solidify this statement. The strain itself was brought to the world by Ken Estes in the early year of 2003, it’s an Indian cross strain that is a blend of both Purple Urkle and Big Bud. Purple Urkle and Big Bud themselves are quite potent strains and will definitely help even the most dire of patients with their problems, so when you cross the two you’re going to get some rather amazing results. The smells are intriguing with this strain as it sports a grape and berry-like aroma that is going to put you in a great mood right off the bad. Purple Urkle is the main reason why the aromas are so present, and the Big Bud strain makes sure that the large bud structure is still intact. This means that you not only have a marijuana strain that is big in size when it comes to the buds, but it’s also amazing aroma-wise (which is a relatively important aspect to some people).
The Grand Daddy Purple flowers are always going to bloom with a very deep shade of purple present, and that’s why they call it “Grand Daddy Purple”. The crystal resin on the bud itself is quite amazing as well, as it literally looks as if the marijuana has been snowed on before it was time to consume it. The effects of the plant are quite prominent when you’ve taken it upon yourself to smoke a little bit, and it’s the perfect blend of both body and mind-related highs. Not only will you be relaxed in the physical sense, but you’ll also get the benefits that come alongside a euphoric mental feeling. You’ll notice that your mind is working with a dreamy tint to the entire thing, and your body is probably going to be couch-locked (which is when the medication you’re making use of is so potent that you don’t really want to move around). This would be ideal for people whom are suffering from pain-related problems, which is actually quite a large number of the medical marijuana community.
People essentially make use of this strain to treat their pain issues, but it’s also perfect for things like appetite loss and insomnia. If you’re not getting a good night’s sleep than you aren’t going to be your typical self, and that’s why medical marijuana can be an ideal solution for tons of people. Muscle spasms can be treated through the use of Grand Daddy as well. There’s only a 60 day flowering time for harvesters whom are growing indoors, which is quite quick considering the plant is going to be relatively potent. The more potent your marijuana the more medicinal value it’s going to carry, and that’s why GDP has been a go-to strain for thousands of patients. It’s one thing to make use of medical marijuana in order to treat your ailments, but it’s another thing to make use of the best strain you can possibly find.
Marijuana deserves a lot of credit when it comes to the many different things we can use in order to treat our problems, and that’s why so many cities are finally coming to their senses and legalizing the plant. We can’t just keep refusing people their right to make use of medical marijuana!